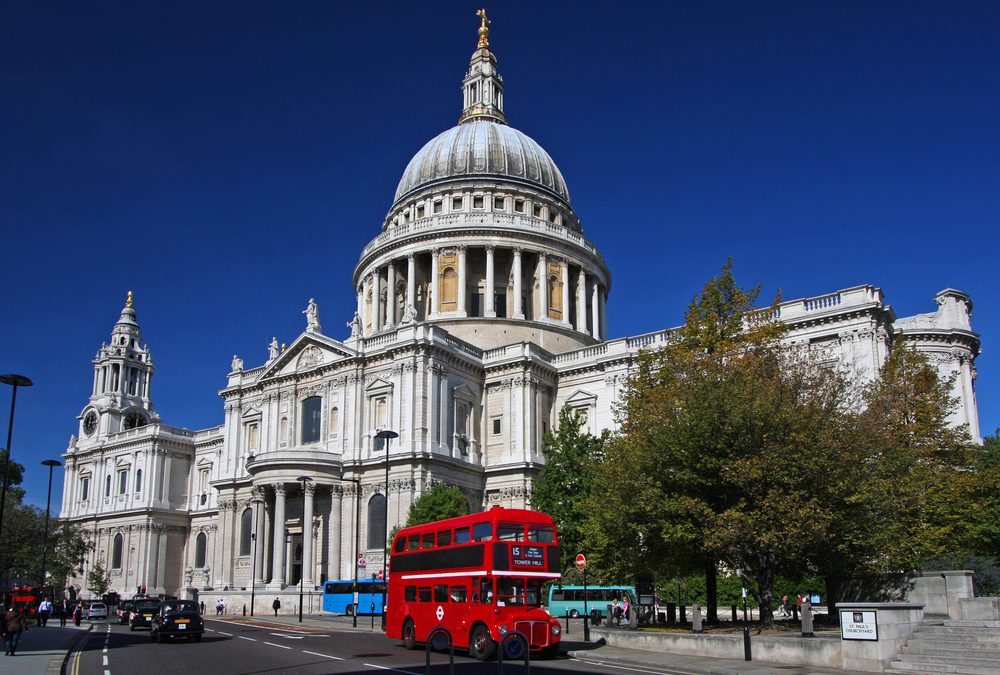 Visit England’s capital, it will bring you to a world of history and excitement. Whether you want to see a championship football game or a classic theatrical performance. A historical structure or browse through a bustling art gallery, you’ll find it all here.

Multipurpose arenas, ancient government buildings, and world-famous concert venues. Football stadiums are just a few of the city’s structures. Few locations on Earth have many renowned, iconic, and historical sites focused on a  geographic area. Thanks to the city’s large public transportation infrastructure. Getting from one historical site to another is simple.

From the Tower of London to Big Ben, Parliament, and Wembley Stadium. Take a look at some of London’s most famous buildings. 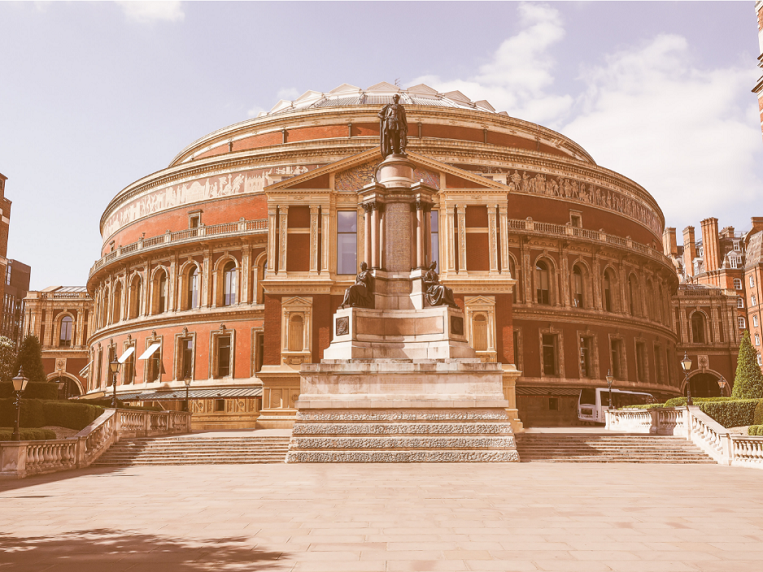 Visit the headquarters of the renowned Proms performance series.

The Royal Albert Hall in London’s Kensington district is one of the most prominent performance venues. The country is the home of the Proms concert series. The circular auditorium building’s majesty cannot be overstated, nor can its natural acoustics. But also a famous venue for contemporary performers from throughout the globe.

Features offbeat performances of orchestras covering new wave and goth bands. From classical music to hip hop, heavy metal, and everything. This is an iconic venue for any kind of live music or entertainment activities. 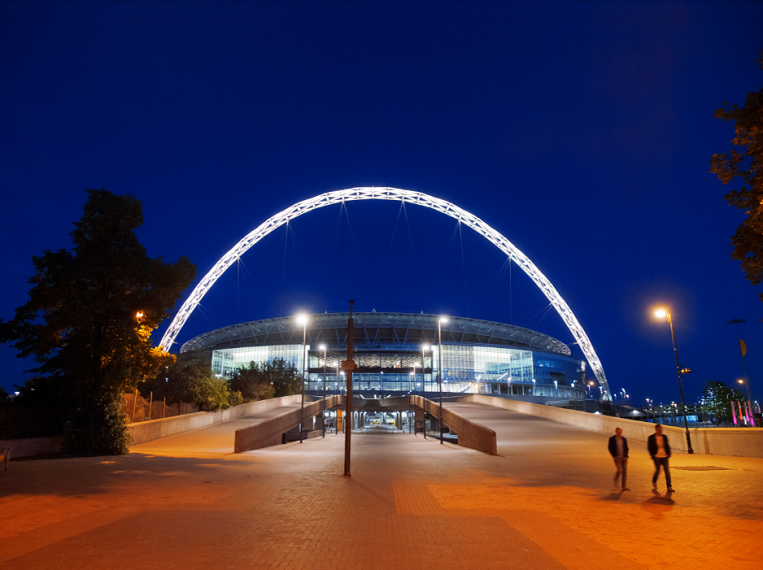 Attend a high-profile sports activity or a world-renowned musical performance.

Wembley Stadium is a colossal football stadium that is one of the biggest in Europe. It is the home of England’s national football team and the FA Cup finals. The stadium has a capacity of 90,000 and is capped by the 134-meter-high Wembley Arch. Can carry 75% of the roof’s weight. Apart from football matches.

Wembley is a popular venue for live entertainment. George Michael, Bon Jovi, U2, Metallica, Foo Fighters, Green Day, Taylor Swift, Coldplay, and AC/DC. Roger Waters an international act that has been performed here in the past. If you’re in London for a visit. This stadium is a must-see, and it’s located near two London Underground stations. 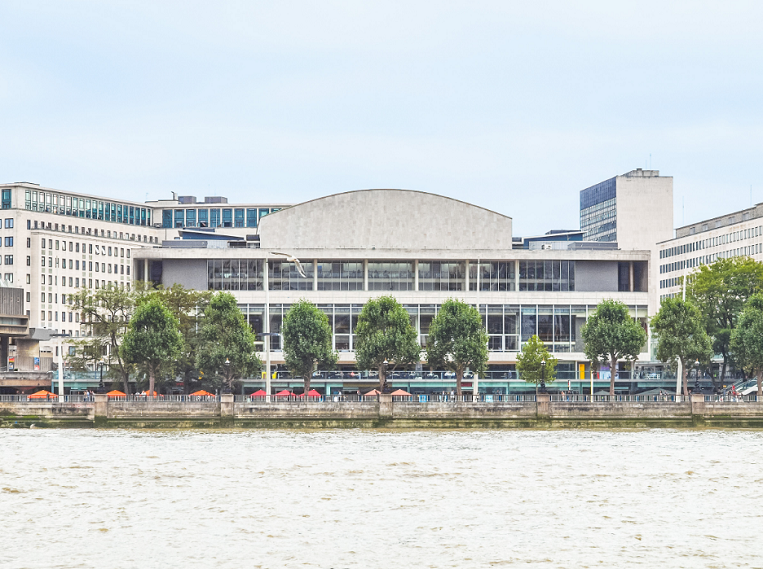 A complex that combines music, dance, drama, and art.

The Southbank Centre is a collection of venues located on the South Bank of the Thames. Together comprise one of Europe’s biggest art hubs. It consists of three primary performance venues and an art gallery and annually draws more than 4 million people. 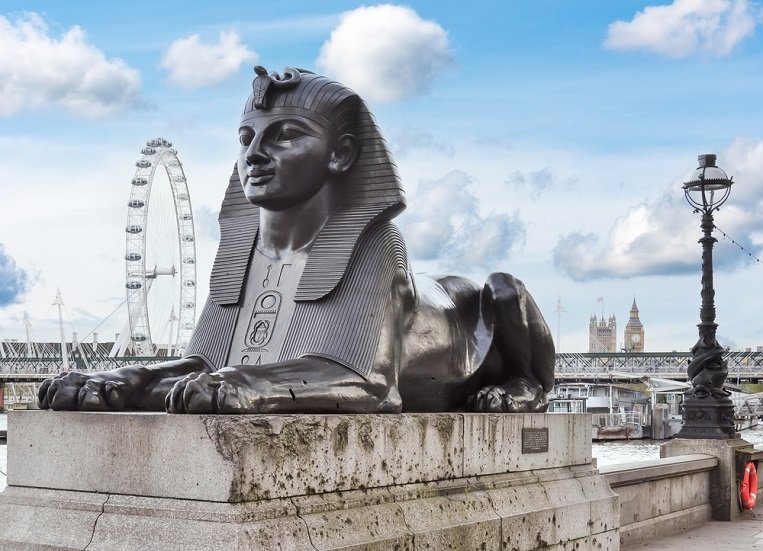 Statue of Sphinx on Victoria embankment in London

This spectacular structure was unveiled in 2012 and has since become a municipal emblem. From the vantage point at the summit, you can see for 40 miles in all directions. Beyond the River Thames to the undulating hills beyond the city.

The Shard was designed by Renzo Piano, who had first expressed reservations about creating a skyscraper. Believing them to be vulgar. Nonetheless, as the concept gained traction. Piano agreed and built this steel-and-glass edifice a few blocks from London Bridge. To reflect a city that has endured adversity but also cherished success and tradition for generations. 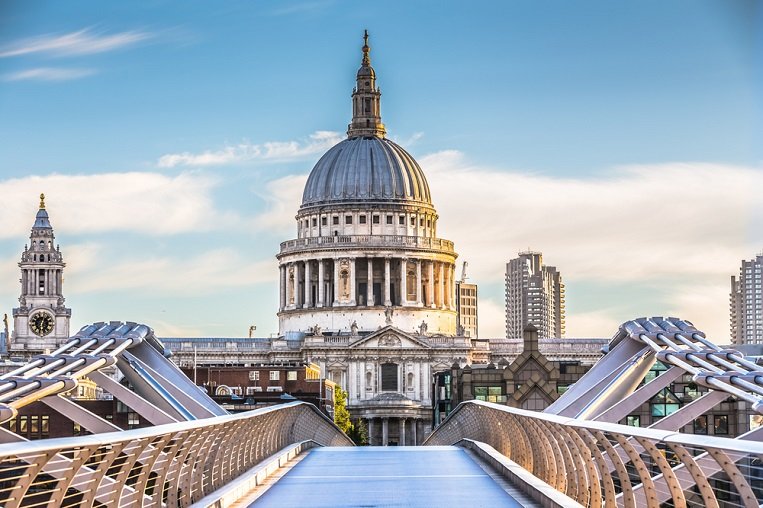 St. Paul’s Cathedral and Millenium Bridge in London. The cathedral serves as the mother church of the Diocese of London.

St. Paul’s Cathedral was the dominant feature of the London skyline for three centuries and is iconic. A historical baroque landmark that contributes to the city’s mythology and grandeur to this day. It was inaugurated in 1711 and is now a national treasure.

Prince Charles and Princess Diana were married at this location. Martin Luther King Jr. gave a memorable lecture here. It has also been included in famous works such as “Harry Potter” and “Mary Poppins”. The cathedral survived the Blitz on London and a 1913 Suffragette plan to blow up the bishop’s seat. It is renowned for its expansive Whispering Gallery. Which has peculiar acoustics that allows for whispering across the room. 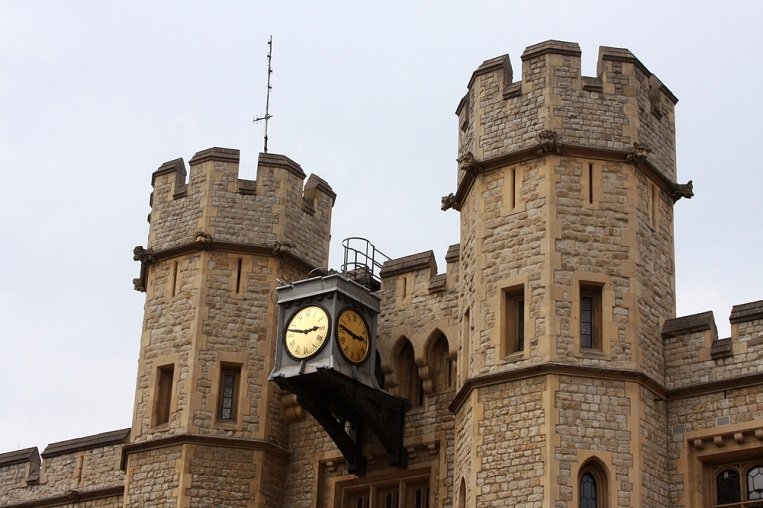 A Clock Adorning the Tower of London, officially Her Majesty’s Royal Palace and Fortress.

For over a century, the Tower of London has been a significant part of British history. First as a famous jail and execution tower and now as the home of the Crown Jewels. It was first constructed in the center of London as a symbol of British might by William the Conqueror. It was formerly a royal zoo in the 13th century.

The tower is renowned for its use as a torture and death chamber for Anne Boleyn. Sir Walter Raleigh, and Guy Fawkes, as well as its current residence of the Crown Jewels. Visitors who reserve at least a year in advance will be able to watch the nightly Ceremony of the Keys. 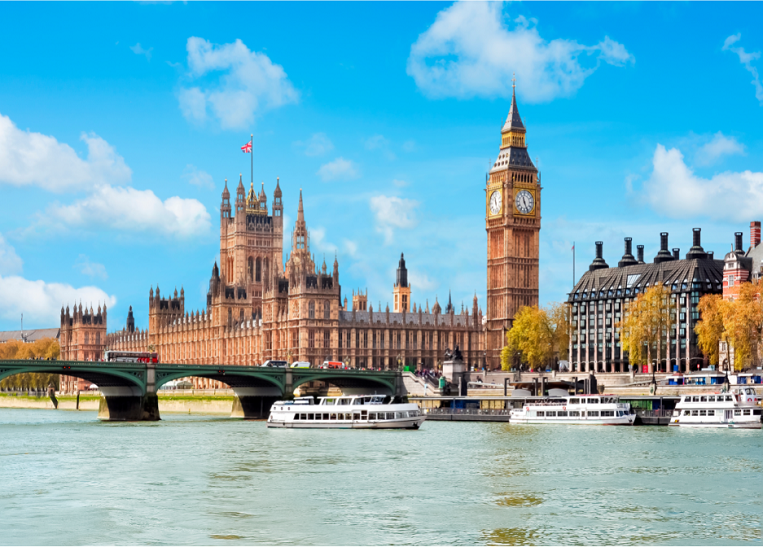 The Palace of Westminster is sometimes known colloquially as the Houses of Parliament. The center of British politics, with centuries of history and tradition. The official name derives from the adjacent Westminster Abbey. The British monarch owns it, and it continues to serve as a royal palace for ceremonial reasons.

The palace is one of London’s most popular sights. That has been dubbed “a dream in stone” by the Russian Tsar Nicholas I.  No casual entrance is authorized, although paid admission and queuing access. Witness committee hearings are permitted in select restricted locations. Guided tours are also available on a scheduled basis at no charge. 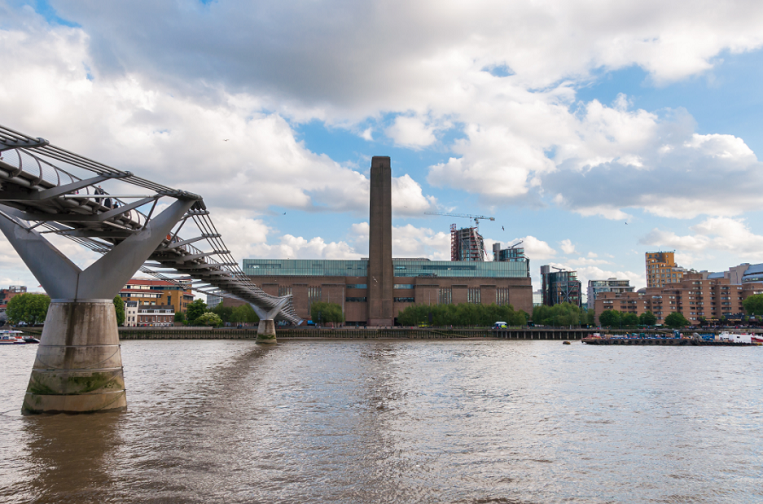 Tate Contemporary began as the country’s first oil-fired power plant and has evolved into a cultural symbol. Housing a renowned museum of modern art. It was constructed in the 1940s but closed in the 1980s, where it languished. Deteriorating, until two relatively unknown artists won a competition to transform it into the art museum it is today.

It is one of the world’s most frequently visited museums of contemporary art. Not only is Tate Modern a landmark, but it has also been instrumental in revitalizing. In the River Thames’s South Bank region. This historic structure and its collection of thousands. Significant pieces of art span decades of history and are available for viewing here. 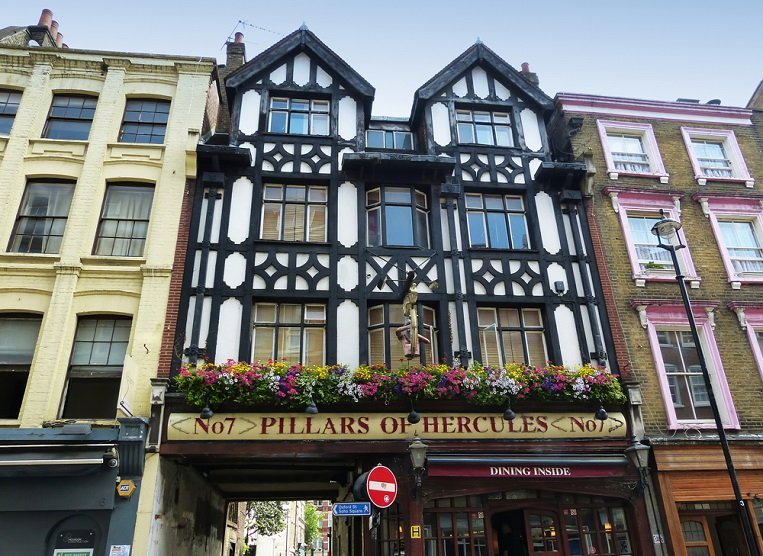 The Gherkin was one of the first major modern buildings to breach the London skyline. Rising 180 meters above the earth, three times the height of Niagara Falls. This architectural marvel is officially designated 30 St Mary Axe after a historical chapel. Allegedly disappeared with Attila the Hun’s ax within.

A Roman girl’s corpse was discovered during the building of the structure. She was buried nearby and given a dignified burial. When the bullet-shaped skyscraper was unveiled. It drew mockery, but upon its completion. Became an immediate success with residents and has since become a popular tourist site. Even though the steel-and-glass building is supposed to be an office building, the front is a big Instagram hit. 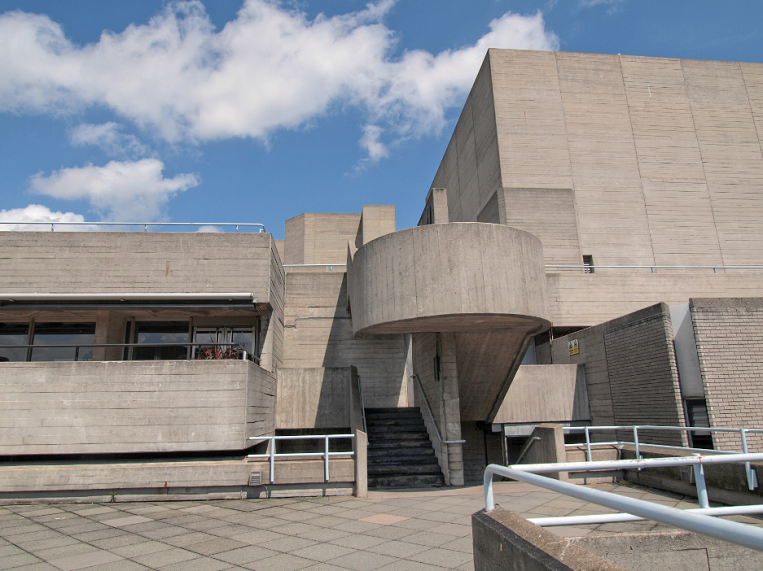 One of the United Kingdom’s three most prominent publicly funded performing arts venues.

Although the National Theatre’s construction has sparked controversy among Londoners. Its served as a focal point for London culture since its inception. Since its completion in 1976, the building has consistently appeared. On lists of both the most despised and most revered structures in London.

The National Theatre is next to the Southbank Centre and has an ultra-modern. Angular beauty that is evocative of Brutalist architecture. This building is a focal point on London’s architecture tours. As you might expect, the Royal Shakespeare Company and the Royal Opera House. As well as other performing arts groups, use it as a venue.