The Top 5 Haunted Places to Visit in Derby 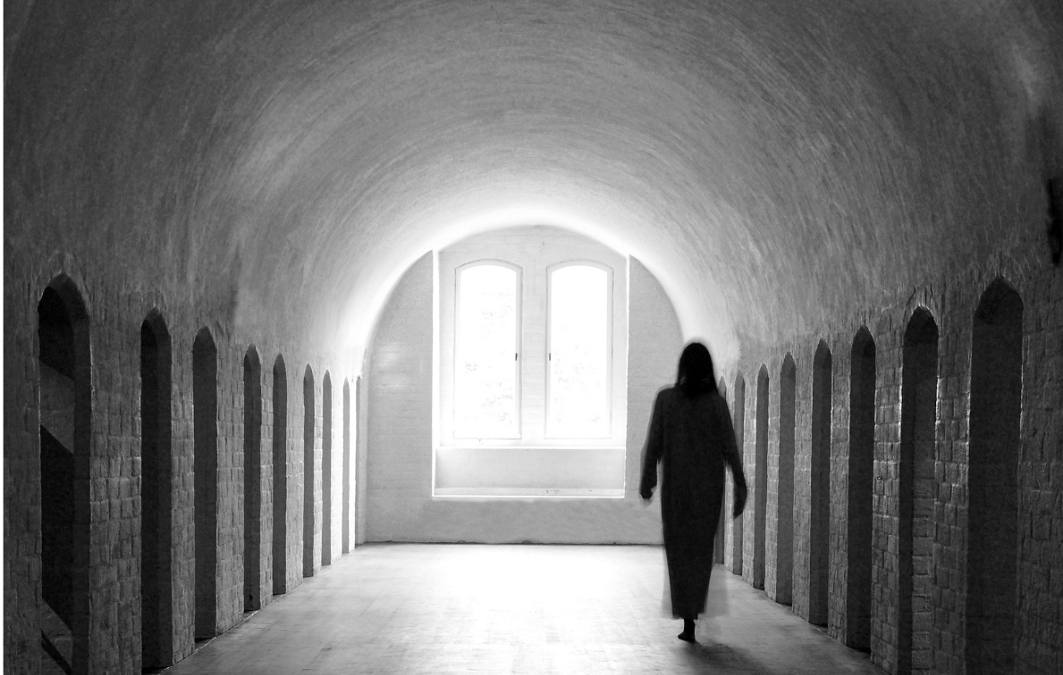 Derby is one of many cities that have been dubbed the “most haunted in Britain.” Not to mention the “Ghost Capital of England.”  There’s no doubt that the location is a hotspot for paranormal occurrences, but is it the most haunted? Surely, just by its size, London should claim the crown. With such a large surface area, London is certain to have more ghosts per square inch than most other parts of the country.

So, while I’m skeptical that Derby is the most haunted city in Britain. That doesn’t mean there aren’t lots of opportunities for ghostly thrills. 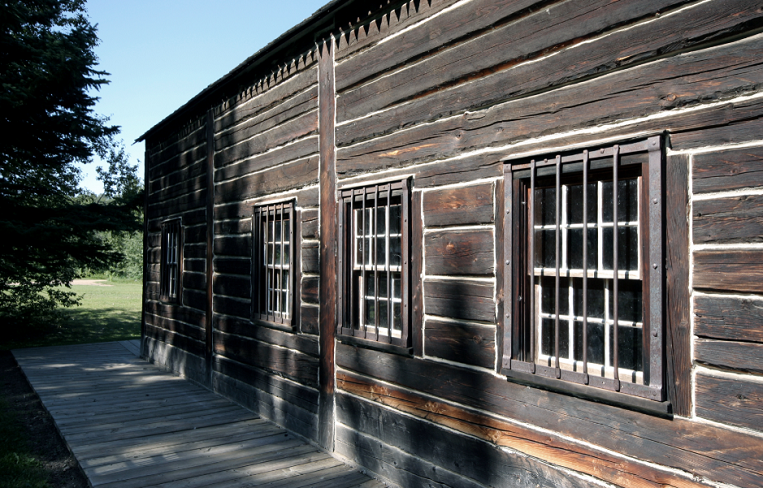 A working museum that is open to the public. Having been through many incarnations.

Derby Gaol is the obvious site to start your Derby ghost quest, having been featured on TV’s Most Haunted. Possessing a very strong relationship with Most Haunted’s own Richard Felix. Hauntings tend to be seasonal, occurring between October and December. They then take a break before returning in June and July, just in time for the summer vacation!

Owner Richard Felix claims to have seen a “grey haze” in the kitchen, and cell doors have been known to close on their own. Contractors and guests have reportedly reported sickness in the famed condemned cell.

Indeed, the atmosphere is so annoying that some visitors hesitate to even enter the condemned cell. Those who do enter generally move quickly, saying they have felt suffocated. The most vivid image recorded was of two men hanging from inside the jail.

There are many opportunities to savor Derby Gaol’s desolation if a pervasive sense of gloom appeals to you. You can participate in a Derby Ghostwalk that includes the Derby Gaol and includes a hot meal (I’ve been told baked potatoes). Even an overnight vigil can be arranged; ideal for stag or hen parties! 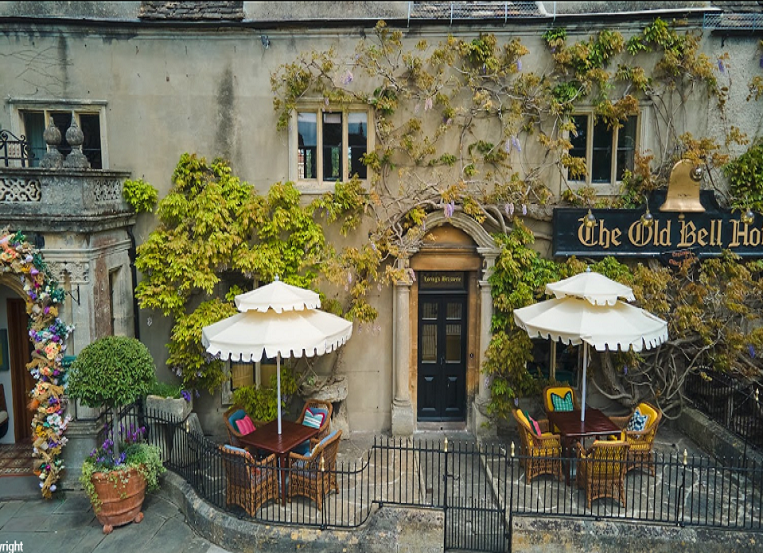 Old Bell Hotel on Sadlergate is a stunning Tudor structure with an unmistakably Gothic feel. Thanks to vast dark woodwork and gloomy recesses. It is one of Derby’s oldest coaching inns and a Grade II listed building that dates back to circa 1680. There are a few rumors about a woman who works at one of the basement pubs wearing blue Victorian attire. It has a bar in the home to a poltergeist that throws coathangers and the ghost of a slain-serving girl. Who seems to communicate with little children.

Though The Old Bell Hotel was shut down in March 2012. You have a chance of seeing any of these activities, at the time of writing unless you succumb to breaking. Expect it to reopen for David Guetta-style music. With the owners citing “a change of opinion in regards to plans.”

Similar to this, Jorrocks is reputed to be a haunted tavern among the locals. But if you go there now, you’ll have to shout to be heard over the blaring of televised sports and, yes, David Guetta-style music. Ghosts have probably long since left the building; if nothing else, the lack of creative drink options always turns them off.

Still, The Old Bell Hotel is closed, but at least you can stand outside and admire its massive. Old form, which is now much eerier because it’s empty. You never know; a face could even show up at a window. 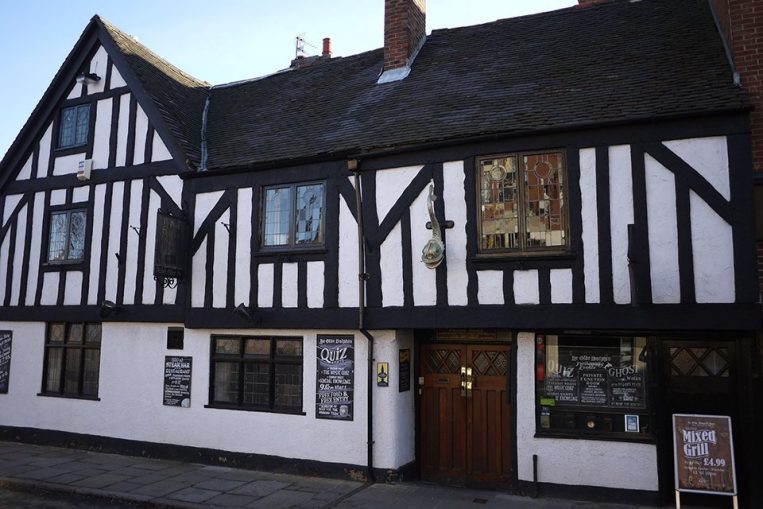 The oldest pub in Derby City Centre and located just behind Derby Cathedral making it a prime location to visit at any time.

Ye Olde Dolphin Inne knows where you are with their dedication to good ale and old English spelling. As well as their location in Derby’s gorgeous Cathedral Quarter and a “Ghosts” link on their website. This is a haunted bar in Derby that is still available to the public.

The pub is surrounded by many ghost stories. Inquire with the regulars about The Flying Scotsman or The Blue Lady, the spirit of a woman who had an affair with Dick Turpin. A tiny girl has also been seen sitting on the stairs heading up to the eatery. That’s enough to put you off your dinner but not nearly as much as The Vault of Terror’s bleak and brutal tale.

In the 18th century, it appears that a young doctor surreptitiously had the dead body of a young woman. Carried to The Dolphin in the middle of the night. He took her body into the cellar (below what is now the lounge) and practiced his dissection abilities. Tearing open her stomach and taking her entrails.

But no sooner had he started than the woman’s eyes widened. She had been buried alive by mistake-she wasn’t dead, she was comatose! She jumped up from the table and fled screaming around the room, presumably trying to force her swollen entails back into her body as she went. She died of blood loss and shock shortly after collapsing to the ground. 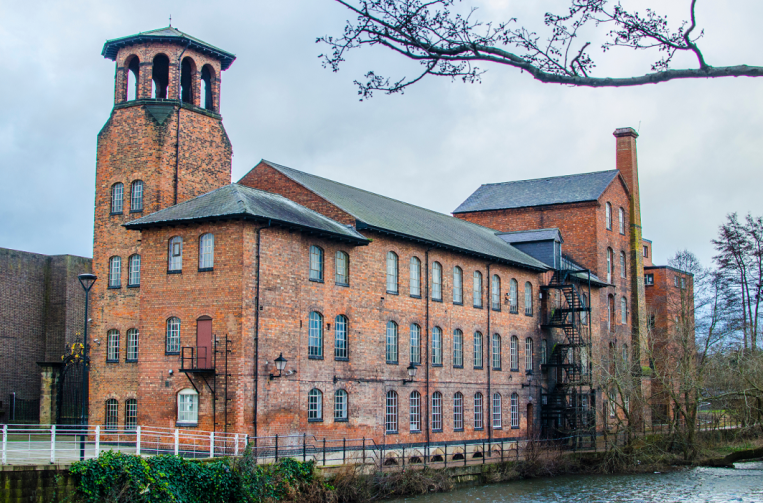 The Silk Mill has become somewhat of a symbol of industrial progress. It was England’s first factory, having been built in 1717. By extension, it could be the world’s earliest factory, or at least the oldest still surviving.

What is certain is that the Silk Mill is the site of the world’s first instance of industrial espionage. Lombe, an Italian spy, entered the silk business to steal ideas for silk-throwing equipment. He’d work on the equipment during the day and covertly study their designs at night. He concealed comprehensive designs under silk bales, heading for England. Where they were later discovered and taken to Derby.

Lombe soon went home, only to be poisoned by a vengeful Italian assassin. Is his spirit still wandering the light-filled corridors where the fruit of his tragic espionage spun day and night? Who knows?

Unfortunately, much of the Silk Mill was closed down a few years ago, but plans are in the works to reopen it. Until then, you can acquire entrance by attending one of the many art exhibitions. Live music concerts that take place regularly. Of course, you’ll have to strain your ears to hear the phantom cries of the unhappy young child. Above the sad notes of indie rock, but it’s still worth it. 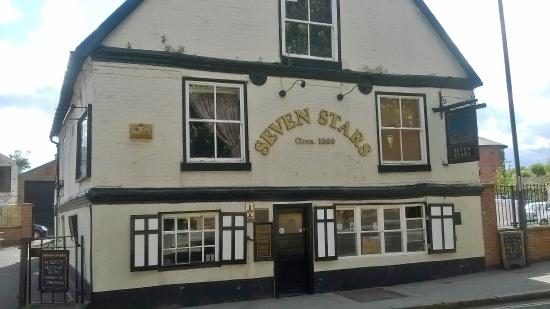 A lovely cozy pub with lots of characters dating back to the 17th century.

This is a very old pub, known as “Seven Seats” by some. You see, there’s just standing room. Their drink selection may be lacking, but this isn’t a fantastic pub guide. It’s an excellent ghost guide! Seven Stars features a resident ghost who is so well-liked that he even has a name. He’s known as George.

George used to appear as an indistinct figure in the attic or as a muttered cacophony of disembodied voices. But his mischief has recently taken on more of a poltergeist flavor. He has been known to turn off lights and, more annoyingly, beer taps. You can imagine the laughter and headshakes that must have occurred when the taps were unceremoniously switched off.

A historic well beneath the Seven Stars was found in the 1960s and is now viewable through a glass panel in the bar. Did George fall down that well? Is he still haunted by the location of his untimely fall? Nobody knows. But he’d be a great phantom to share a pint with.

After your spooky adventure, you can stay in our serviced apartments in Derby.