UK’s Most Romantic Towns and Villages 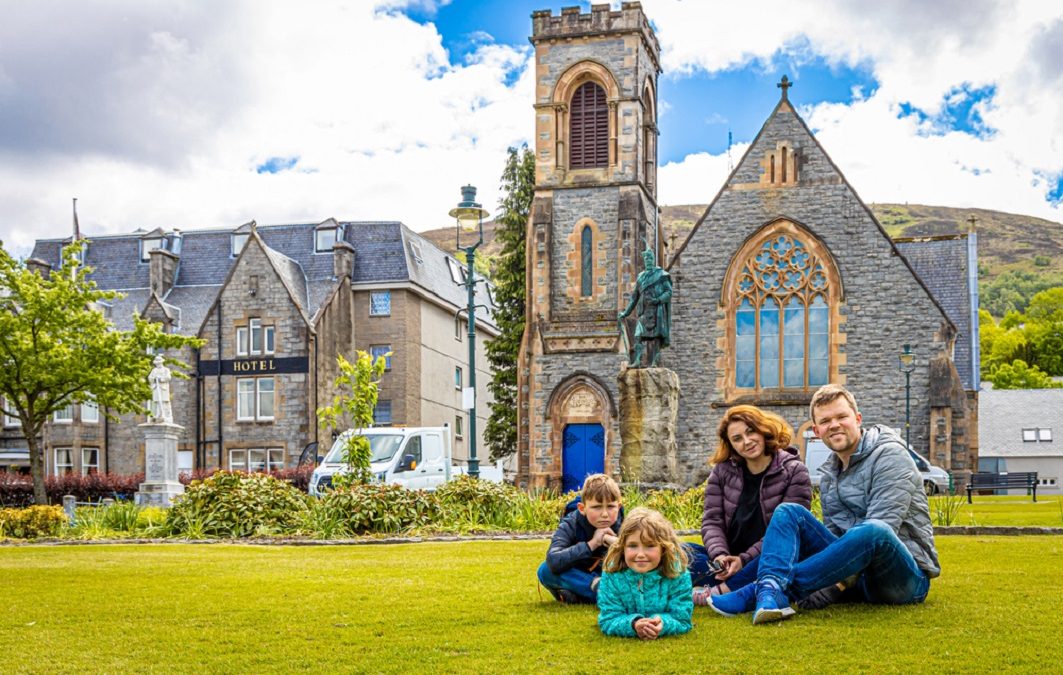 Spectacular Cities in the United Kingdom Couples Can Visit Together

Most romantic towns and villages in the United Kingdom may be found in any shape or form. You’ll find everything from quiet rural retreats to some of Europe’s top coastal towns in our list below. The UK has a wide variety of landscapes to select from, each with a gorgeous town nestled in the middle of it all.

Cobbled lanes, sandy beaches, and majestic walkways. Just a few of the places where couples may take romantic strolls while on vacation in the UK.  Relax in the laid-back ambiance of each choice and enjoy some quality time with your loved one.

The colorful village and gardens of the unique architectural Portmeirion in North Wales.

The construction of Portmeirion, a tourist hamlet, began in 1925. Even though it’s not obvious, Portofino, a fishing resort on Italy’s Riviera, has influenced the city’s colorful streets. Beautiful squares, and famous buildings.

Visit the gorgeous gardens and stunning Castell Deudraeth if you’re there with a loved one. Afternoon tea at the Hotel Portmeirion is a must-do. The greatest souvenir stores may be found in Battery Square. 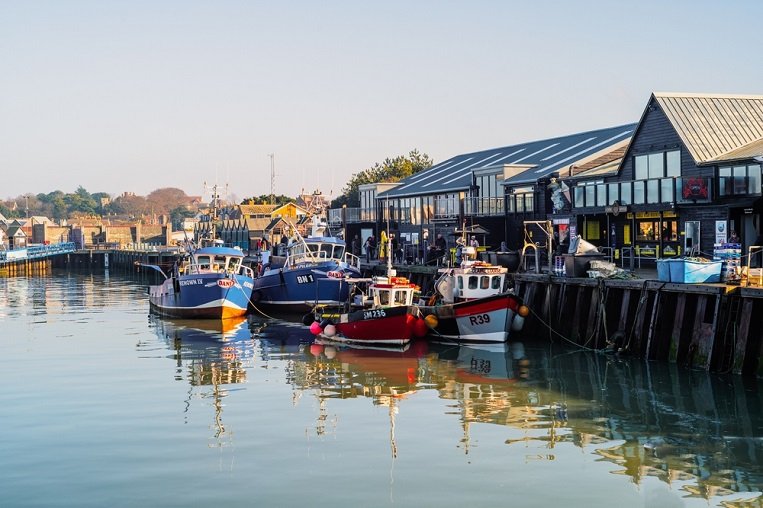 An idyllic seaside village in Kent

Since the 18th century, overworked Londoners have been flocking to Whitstable for its sea air. Excellent seafood, and easygoing charm. The annual oyster festival is a time to celebrate the town’s long history. Making the best oysters in the world.

Whitstable is one of the most romantic places in the United Kingdom. Particularly for couples who want to spend time together without interruptions. Try fresh oysters at The Lobster Shack or The Sportsman while strolling, along the pebbly beach or shopping in the High Street stores. After all, they’re advertised as an aphrodisiac. 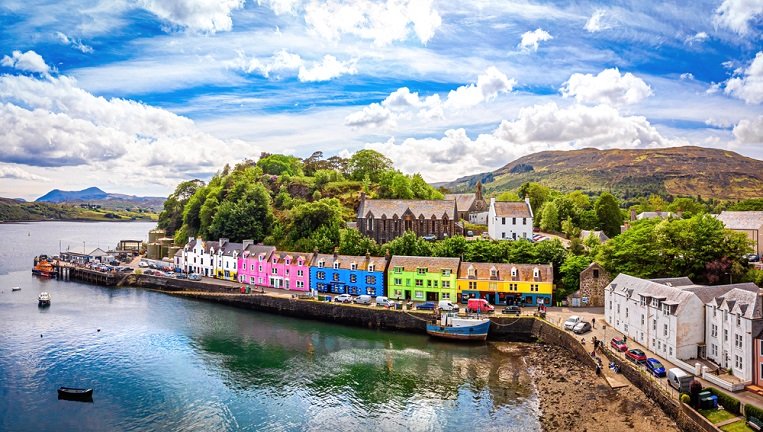 Even though Portree is the biggest settlement on the Isle of Skye, it is everything from a busy metropolis. In the shadow of the pastel-colored cottages perched on the cliffs around the harbor. A small network of narrow, cobbled lanes.

For a couple, Portree is a wonderful spot to lay your weary heads at the end of a long day of sightseeing on Skye. The Fairy Pools, Talisker Bay, and the fabled Dunvegan Castle Gardens are also worth a visit.

The Welsh seaside village of Abereiddy.

Although Abereiddy is only a few cottages on the Pembrokeshire Coast Path. It has been voted one of the UK’s most charming towns and villages. The Blue Lagoon, a coastal pool with water that seems as though it came from a tropical sea, is the main attraction. Technically, it’s no longer a lagoon due to an erosion-damaged wall. It’s also no longer blue water since the color originates from slate mined in the area.

If you’re in the vicinity, check out the neighboring Blue Flag beach. As well as the lagoon and the damaged slate houses around it. The stunning vistas of one of the UK’s most picturesque coastlines. Make a stroll along the coastal path well worth the effort.

The River Windrush in Bourton on the Water, Gloucestershire.

The five lovely historic bridges that straddle the River Windrush have given Water the moniker “Venice of the Cotswolds.” The little Gloucestershire hamlet has a long and interesting history. As well as some strange customs. The local football squad will be playing in the river on the August Bank Holiday.

For couples on a romantic getaway to Bourton-on-the-Water, the riverfront and quaint streets dotted with stone cottages await. Other notable landmarks include a historic church and a variety of boutiques. Including a fragrance and jewelry store. Families will enjoy the Model Village and the Cotswold Motoring Museum & Toy Collection. 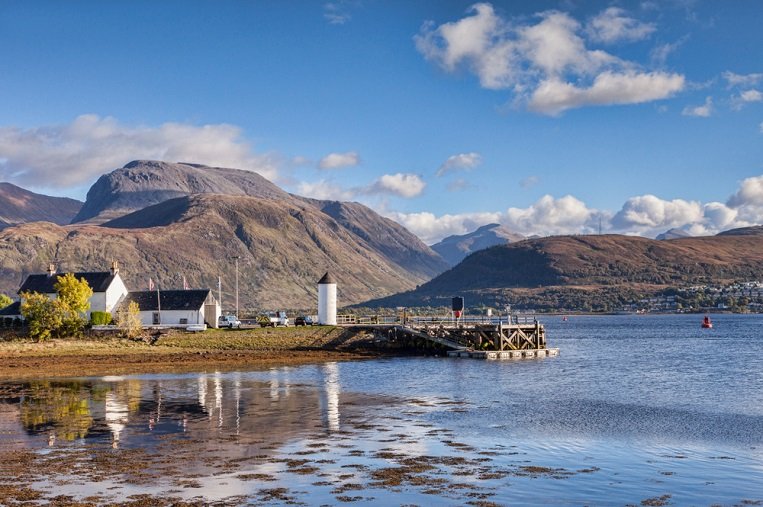 Fort William, in the Scottish Highlands, is a bustling town on the shores of Loch Linnhe, possibly best known as the closest settlement to Ben Nevis. Only around 4 miles away from town, you can go to the top of Britain’s tallest mountain via a pathway that leads straight there.

There’s no shortage of natural beauty at Fort William, the UK’s “outdoor capital,” which lives up to its moniker. The West Highland Peninsulas or Glencoe may be more to your liking if you’re not a fan of climbing mountains. Visit the old castles and distilleries if you want to remain in town.

Rye, a small town in East Sussex, has a rich history and is a popular tourist destination. Medieval half-timbered buildings. Historic inns and charming shops fill the city’s cobblestone streets. The town’s specialty is ceramics and pottery, so keep an eye out for those.

Being located at the convergence of three rivers, Rye is naturally a seaside town with many boats and bridges. The Rye Castle Museum, which houses the imposing Ypres Tower, is well worth a visit. There are some macabre displays in the old jail. But the view from the top of the building is breathtaking. 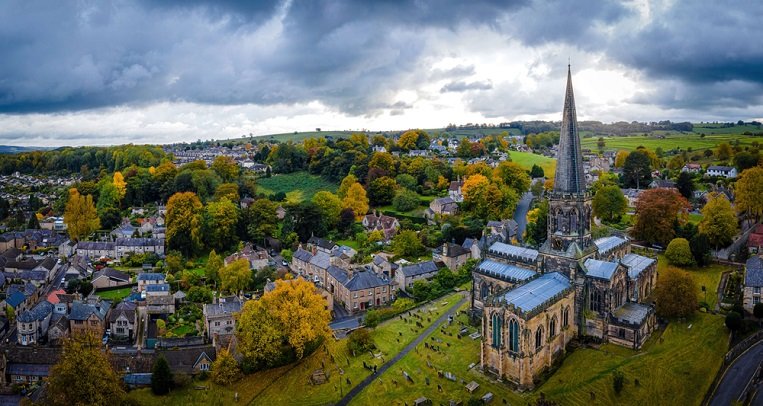 All Saints Church in Bakewell, a small market town and civil parish in the Derbyshire Dales district of Derbyshire, lying on the River Wye.

Located in the Derbyshire Dales, Bakewell is a picturesque market town. Its surrounded by a variety of ancient estates and natural attractions. All Saints’ Church, and the historic bridge over the River Wye. Haddon Hall is a prominent attraction in the area.

You’ll find quaint boutiques and restaurants in the peaceful streets of Bakewell. Bakewell Pudding, a local specialty, should not be missed. The Bakewell Tart Shop, The Old Original Bakewell Pudding Shop. And Bloomers of Bakewell all claim to be the originators of the recipe. 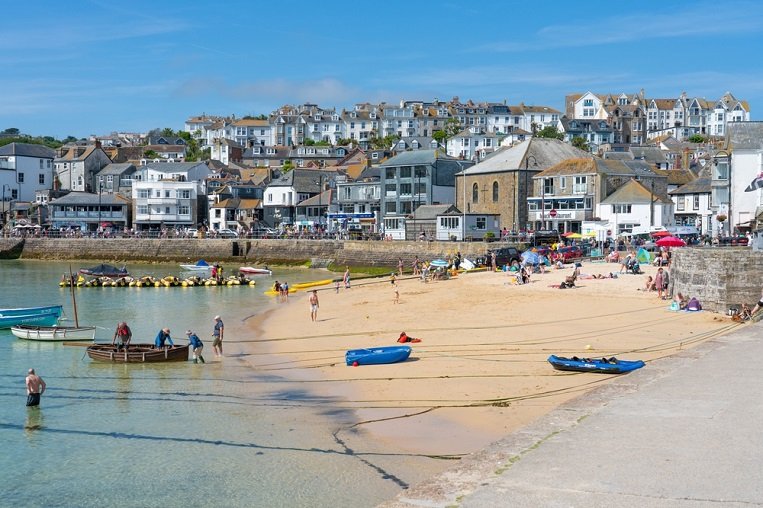 One of the nicest seaside resorts in the United Kingdom.

St. Ives is a popular surf destination in the UK, but it’s also a charming seaside town on England’s south coast. Walking down the shore-hugging railway line that runs parallel to the beach is an adventure in itself. There are charming cobblestone alleyways and gorgeous coastal pathways. A stunning blue sea to admire once you are in the city itself.

St Ives boasts a thriving artistic culture, including a branch of the Tate Gallery. As well as a plethora of first-class eateries. You may spend your nights perusing the many stores and relaxing in the many cozy taverns and restaurants.

One of Britain’s most beautiful and vibrant market towns.

If you’re looking for romance in the northeast of England, Richmond is the place to be. The small Yorkshire market town is in a good spot, on a bend in the River Swale. The town’s well-preserved Norman-era castle towers over the babbling river and the beautiful waterfalls.

Do you need any more convincing that this is one of the most romantic cities and towns in the United Kingdom? Why not take advantage of its proximity to the Yorkshire Dales? If you don’t want to leave town, the small, cobblestone alleys are dotted with a wide variety of historical sights, shops, and restaurants.