Plan Your Trip and Not Go Broke 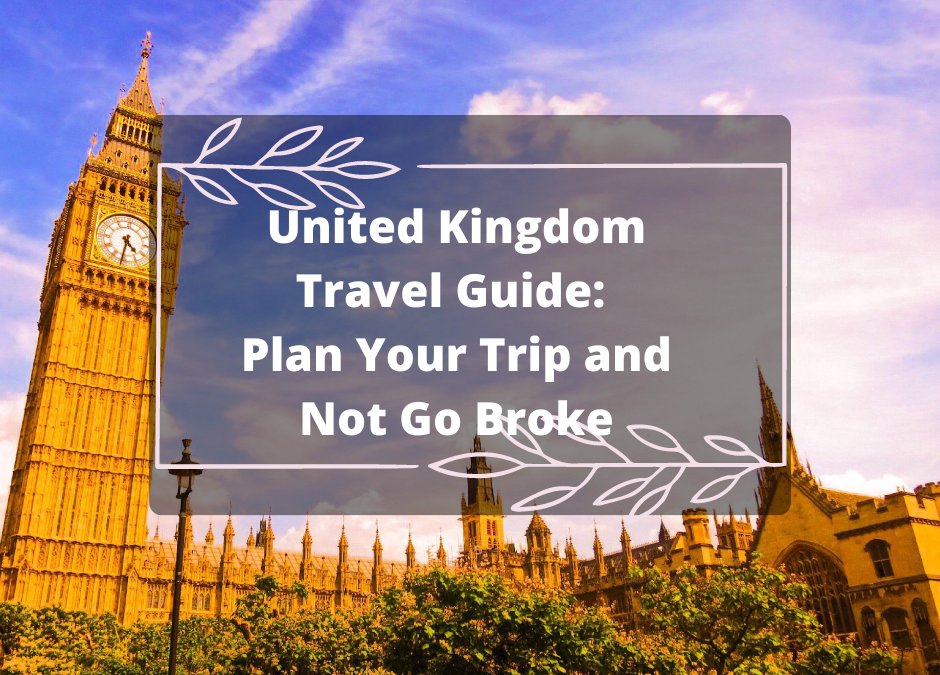 The United Kingdom is one of Europe’s most popular travel destinations. Tourists from all over the world flock to the country to take in its immense natural beauty, rich history, and exciting attractions. Despite its popularity, a trip to the United Kingdom might be challenging if you are unprepared. The British Isles have a lot to offer, but it’s not without a cost. Traveling is a pleasurable trip that everybody may partake in. However, if you don’t know where to go, it can be costly and time-consuming.

The country’s location is quite accessible. It boasts a number of important airports and ports that are easily accessible from all over the world, especially if you are coming from the United States, Ca. 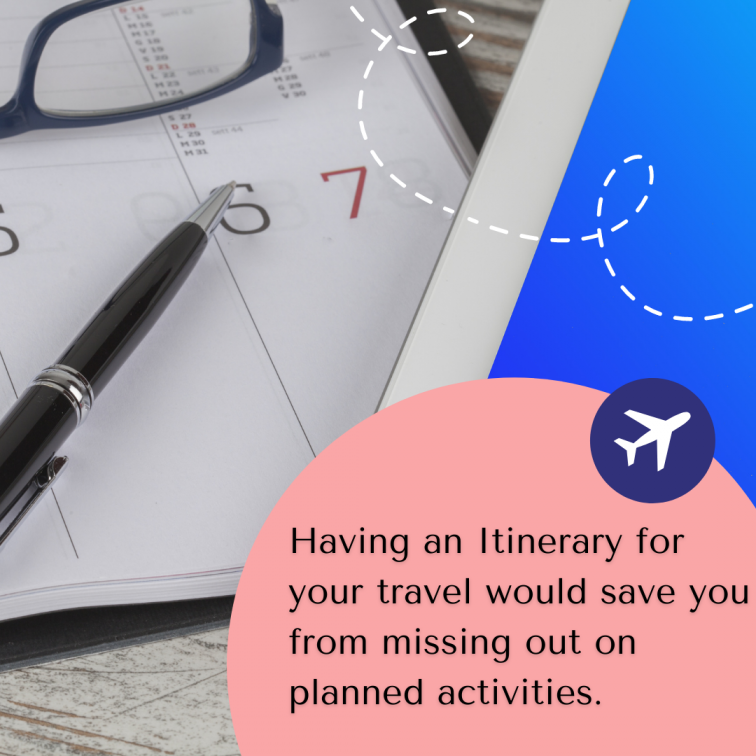 Have you ever tried planning your itinerary for places to visit and activities to do before going to a place?

The schedule of every trip must be meticulously prepared. If you want to visit as much as possible on your holiday, you’ll need to plan an itinerary. There are numerous websites where you may organize your complete trip before traveling to a country or city. Even if you are not traveling far from home, an itinerary should be prepared because anything can go wrong at any time, such as airline cancellations due to bad weather. So make sure you book hotels and other travel-related accommodations ahead of time, or you may find yourself without a place to stay.

Some of the most visited places in the UK are: 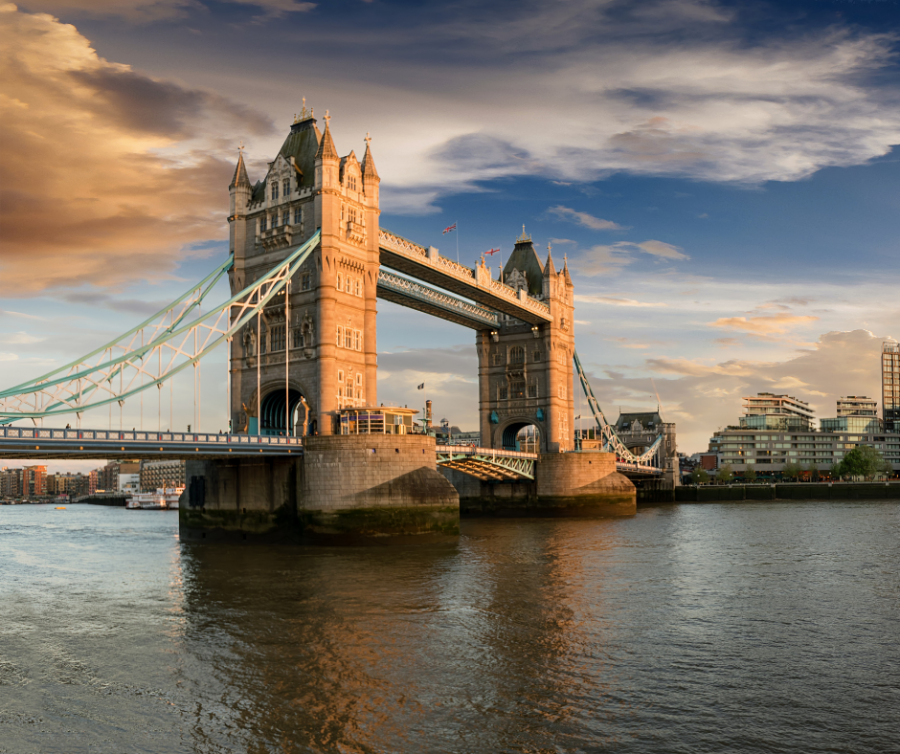 London, the capital of England and the United Kingdom, is a twenty-first-century metropolis with a Roman past. The city’s heart is home to the magnificent Houses of Parliament, the world-famous ‘Big Ben’ clock tower, and Westminster Abbey, which holds British monarch coronations. The London Eye observation wheel, located across the Thames River, offers panoramic views of the South Bank cultural complex and the entire city.

London is also regarded as a multicultural hotspot, with a plethora of events hosted throughout the year to cater to a wide range of people with a wide range of interests. It is one of the world’s most interesting and crowded cities. It’s a city steeped with history. There are numerous attractions such as museums, parks, restaurants, and stores.

One of the most visited tourist destinations in the world is London. However, no matter how much fun you have on vacation, you will be unhappy because you won’t be able to do much because you are visiting a foreign nation with different cultures and conventions than your own.

Participating in tourist-friendly events in London is one technique to avoid disappointment. Among them are sightseeing excursions, theatre events, movies, and other activities. 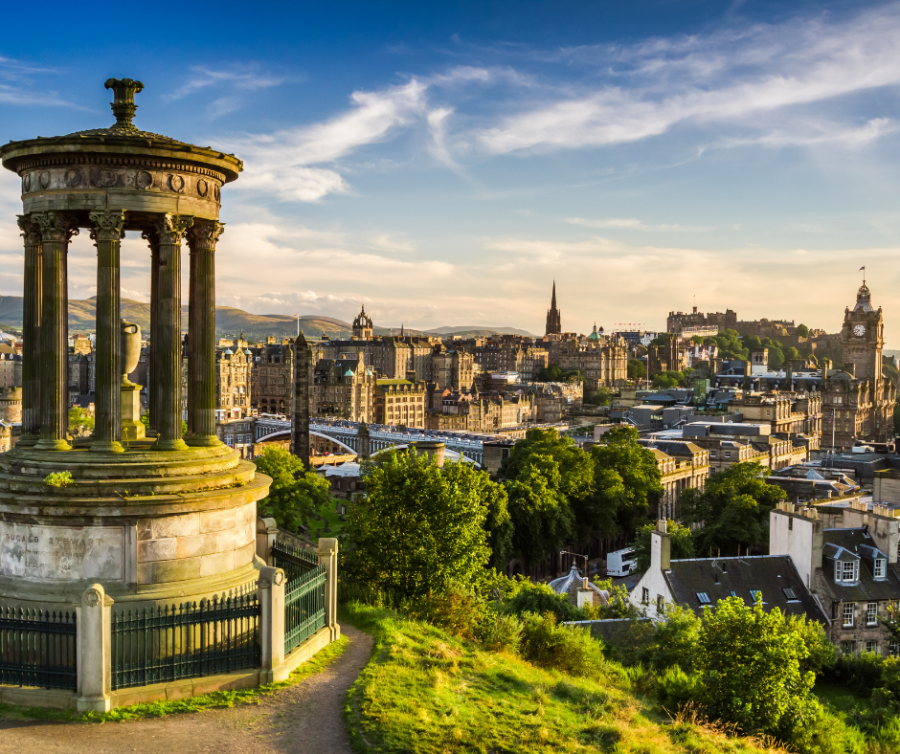 Edinburgh is Scotland’s tiny and hilly capital. It has a beautiful Georgian New Town with neoclassical buildings and gardens, as well as a medieval Old Town. The city is dominated by Edinburgh Castle, which contains Scotland’s crown jewels, and the Stone of Destiny, which is used in the crowning of Scottish rulers.

Many of the city’s notable landmarks are worth seeing. The Royal Mile runs from Edinburgh Castle to the Palace of Holyroodhouse at the top of the hill. The oldest market in Scotland, Grassmarket, still sells fresh meat, fruit, and vegetables.

Edinburgh Castle is built on top of an extinct volcano that erupted around 100 million years ago. It sits atop Castle Rock. 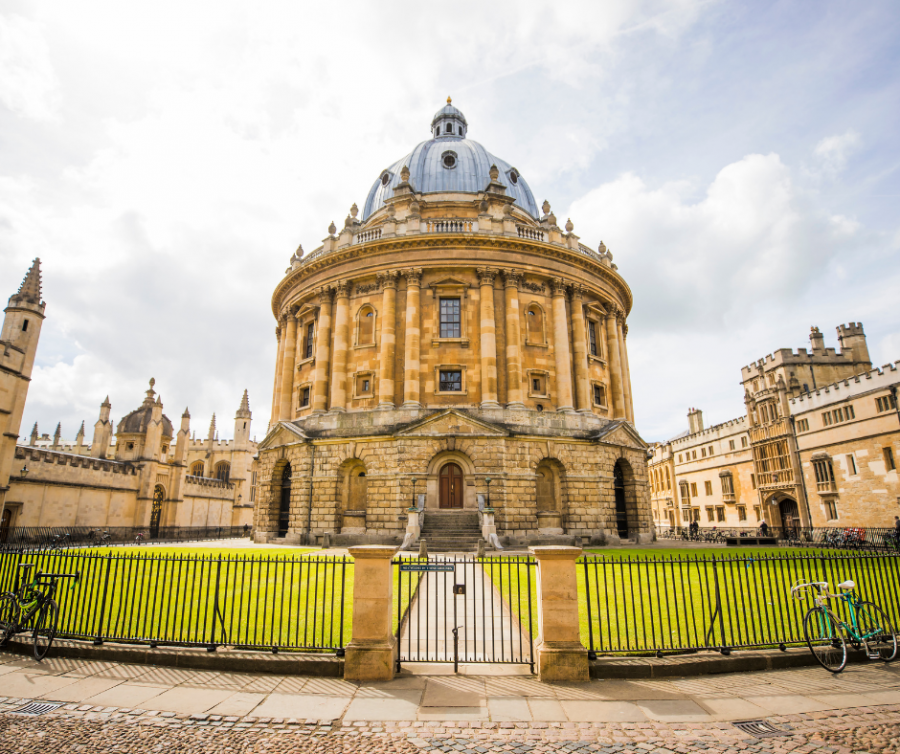 The Institution of Oxford is an English college research university. It is the oldest university in the English-speaking world and the world’s second-oldest institution in continuous operation, with evidence of instruction dating back to 1096.

Oxford is not just the oldest and most attractive university in the English-speaking world, but it is also a renowned tourist destination. Each year, Oxford welcomes thousands of people, both students, and tourists. The city has a lot to offer as well!

This university is attempting to capitalize on its history. It has a long history and is one of Europe’s oldest universities, yet it is still a relative newcomer when compared to the best universities on the other side of the Atlantic. The institution aims to shake off its stuffy reputation and become a cutting-edge destination for young people who want to get their hands dirty with research. It also wants to become more than a repository for dusty antiques and musty odors, which is why it launched Oxford’s Heritage, an interactive website that allows you to virtually explore the library. 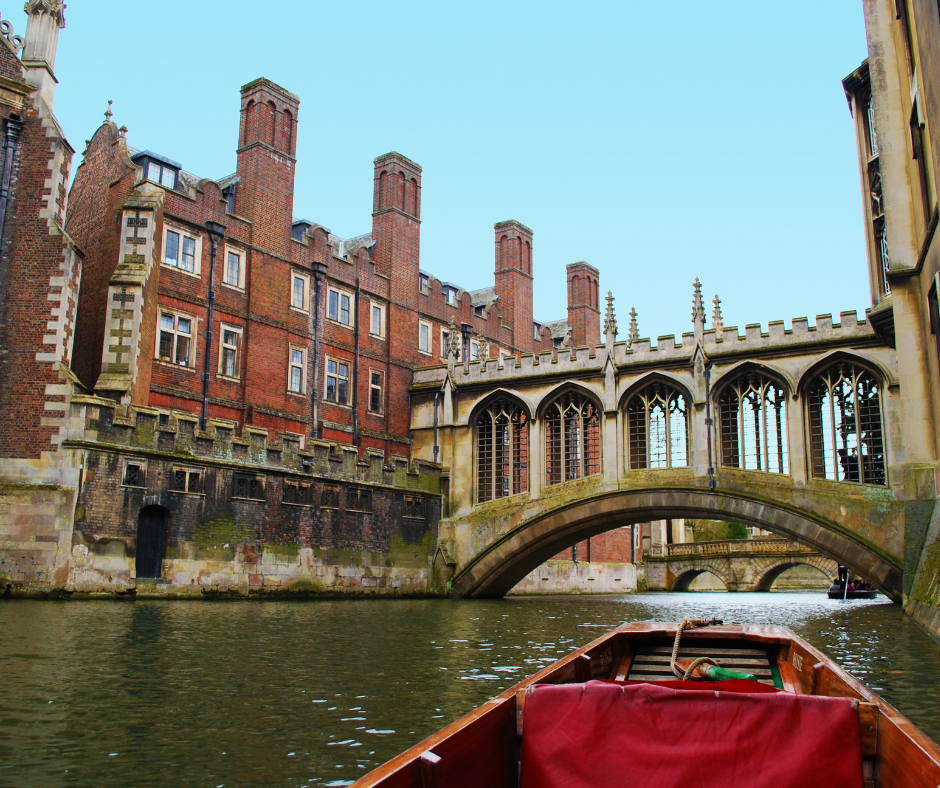 Two of the world’s most prestigious educational institutions, Harvard University and MIT, are located in Cambridge, Massachusetts. It also has a fascinating history as one of America’s first cities, having begun as a village before being incorporated in 1630.

Tourists, students, company owners, and entrepreneurs all find Cambridge appealing. It has everything you’ll need to stay productive while still being creative. There are fantastic restaurants serving ethnic food ranging from Thai to Indian to Mexican. 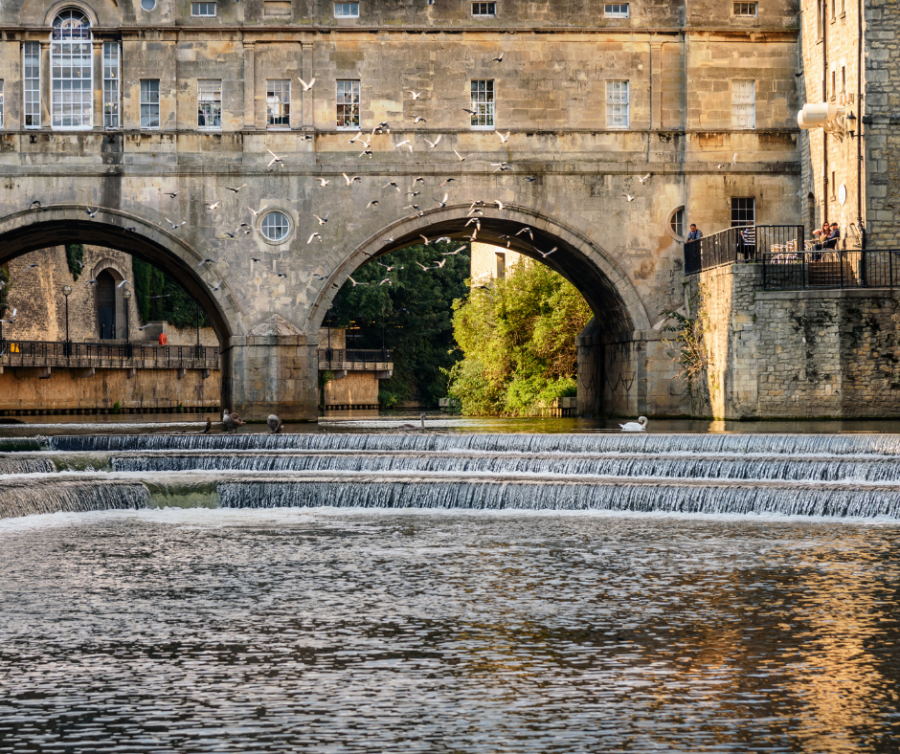 If your budget allows, you should consider visiting Bath if you are planning a trip to the United Kingdom.

Bath is the largest city in Somerset County, England, and is famous for and named after its Roman baths. Bath is located in the Avon River Valley. It is a large international city in South-West England, close to Bristol and London. Sydney Gardens, Victoria Park, and Lark Hill Recreation Ground are among the best examples of Georgian architecture in the city, as well as stunning parks, gardens, and open spaces. It’s also recognized for its vibrant social scene, thanks to the numerous taverns, pubs, and clubs that line the city’s main streets. Bath has a lot to offer. 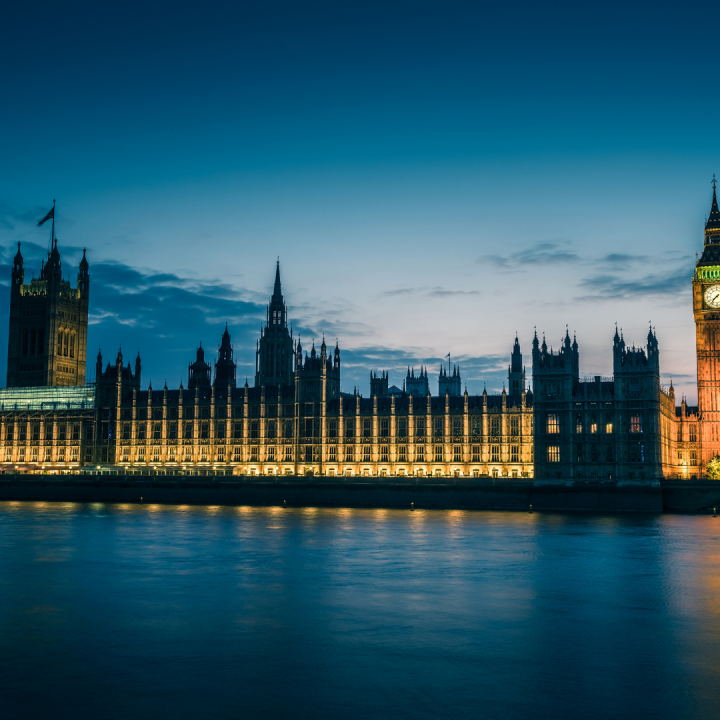 Whether you want to spend a relaxing weekend at a luxury spa hotel or simply want to spend some time in the countryside, the UK has it all.

Beautiful spa towns, lovely beaches, and rolling green hills are all hallmarks of the United Kingdom.

If you’re considering a trip to the United Kingdom, these top 5 spots should be on your itinerary.